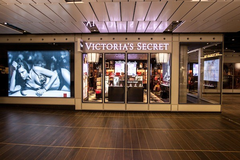 Since Thursday, September 17, Gerzon has also been operating a Victoria Secret shop outside the airport, in the brand new shopping arcade at Amsterdam Central Station. The store is located between the Amsterdam Central exit and the IJzijde exit. Just like at Schiphol, the store has a range consisting of beauty products, accessories and perfumes. We are proud to be able to count Gerzon among our clientele and wish everyone involved the best of luck with the new store!